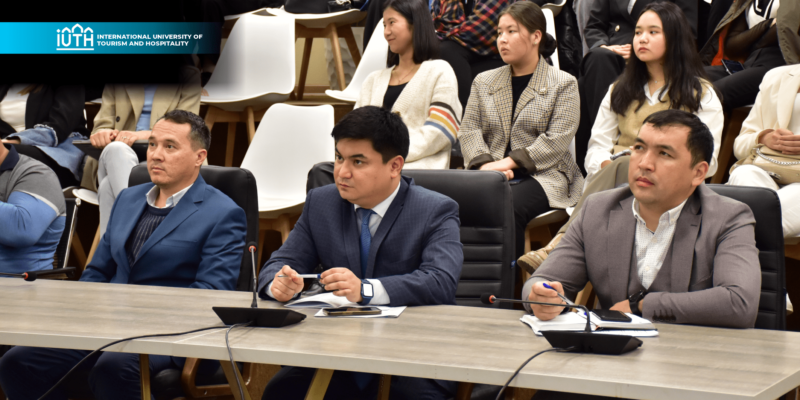 At present, the IUTH is a participant in almost all priority projects and one of the key areas of development is youth science.

One of the promising directions for improving the system, research work as a means of intellectual education, development of gifted students is the expansion of scientific creativity forms and their enrichment with new content.

The honorary right to open the event was given to the University Rector. In his welcoming speech, the chairman of the board, Aidos Sakenov, noted that scientific research is a very necessary component for a student since science is an effective indicator of any university. In addition, he expressed his readiness to pay great attention and help the development of the scientific direction.

“I am sincerely glad that the scientific-theoretical conference has traditionally continued at our university for the second year. Despite the fact that very little time has passed, our students were able to show good results in scientific work. For example, last year 4 sections and 126 reports were heard. Among them, the works of 2 students were sent to the republican competition and won prizes. Samsanova Ksenia won second place, and Zhanerke – third place. For a young university, this is already a big reward. Therefore, I would like to express my gratitude to these students for their work,” the Rector emphasized.

At the end of his speech, Aidos Sakenov wished all students creative inspiration and advised them to keep up with the times.