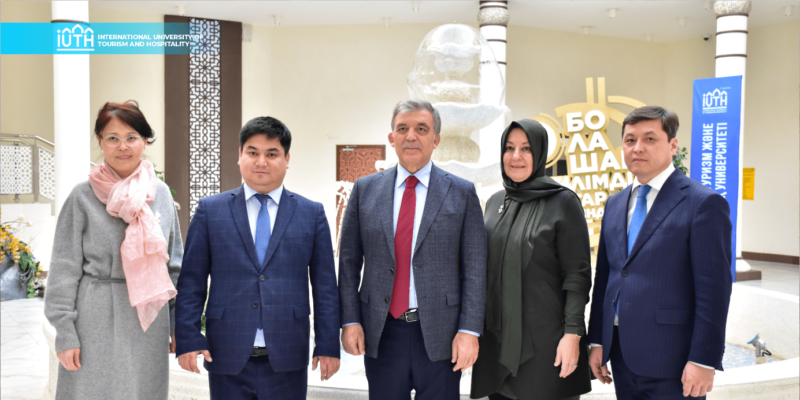 Ex-president of Turkey Abdullah Gul arrived at the International University of Tourism and Hospitality. In the assembly hall, the prominent politician held a meeting with representatives of the university teaching staff and students.

The significant event was attended by Aidos Sakenov, the Chairman of the Board-Rector of the International University of Tourism and Hospitality, Beisen Tazhibaev, Deputy Akim of the Turkestan region and media representatives.

Welcoming the honored guest, Aidos Sakenov emphasized the importance of the long-term fruitful cooperation between Kazakhstan and Turkey.

“Kazakhstan and Turkey are fraternal states. Relations between the two countries began even before independence. Our Turkish brothers were the first to congratulate Kazakhstan on gaining sovereignty and expressed friendly intentions. In 1992, Kazakhstan and Turkey officially established diplomatic relations. Therefore, it is a great honor for us that Abdullah Gul, the 11th President of the Republic of Turkey, visited our university,” said the Rector.

In turn, the ex-president of Turkey Abdullah Gul, who arrived in Kazakhstan on a working visit, expressed his best wishes. In his speech to the participants of the meeting, Abdullah Gul noted the importance of the tourism sector. Speaking about the potential of the tourism sector of Kazakhstan and the tasks for its development, the ex-president of Turkey focused on the importance of training professional personnel. In addition, a famous politician left a commemorative entry in the book of honored guests of the university. 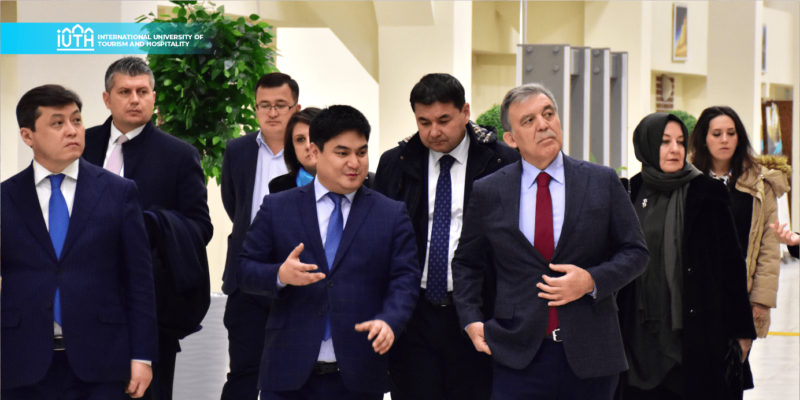 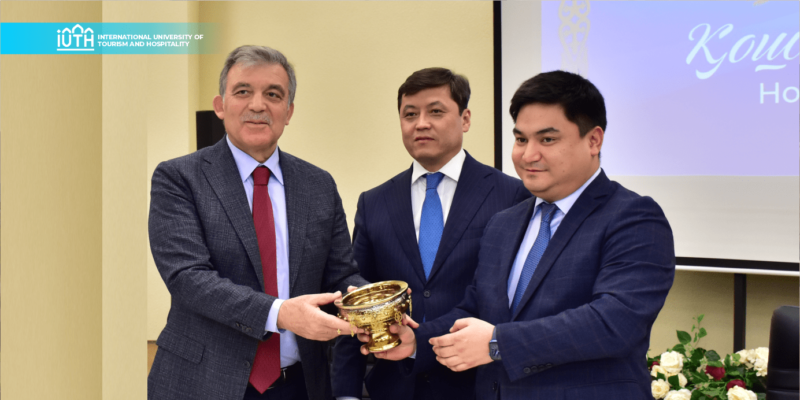 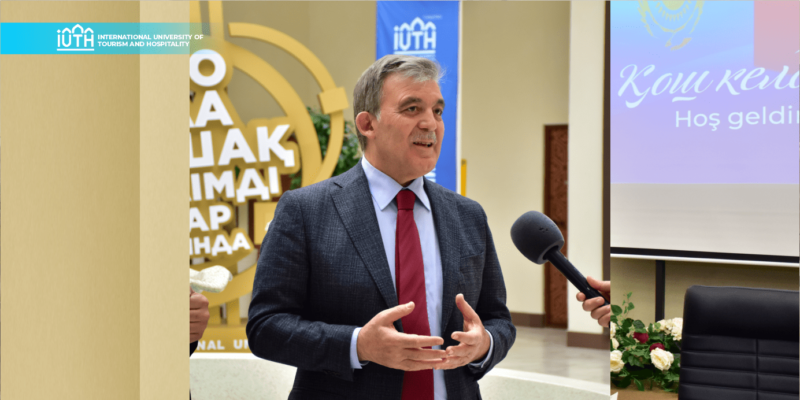